What You Need To Know About Recruiting Robots 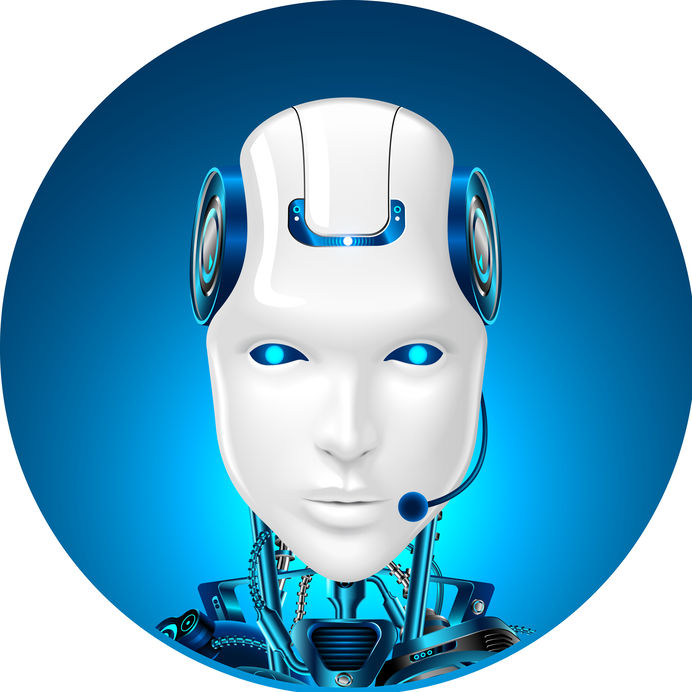 AI is transforming the way employers search for, screen and, hire new employees.  A job seeker will interact with AI-based tools in many ways while conducting a job search, some of which might surprise you. I'll introduce you to how you'll encounter AI in recruitment, along with some examples.

How Employers Use AI to Hire Employees

AI is evident in every way you can think of during open job recruitment. AI can help a Recruiter write a job description (Textio), recommend applicants to jobs on a career site (Eightfold), answer questions on a job site (Xor) or match applicants to job postings (Ziprecruiter). Some AI recruiting tools (Fetcher) automate the whole top of the funnel, automatically identifying relevant job seekers against a job description and engaging them via text or email. Most Common Uses of AI in Recruiting:

AI is used to screen through application materials, like résumés and assessments, to recommend which candidates recruiters should contact first. Beyond screening resumes, recruiting robots are now conducting interviews. Chances are your initial call may be performed by a chatbot. These screeners seem quite lifelike, and you may not even realize you are not speaking with a human.

Assessments are almost entirely driven by AI these days used in situational judgment tests, skill tests, and personality trait-based screening. They can be used to assess cognitive and personality traits (Pymetrics or Humantic) or technical skills for Engineers such as Hired.

Some AI software programs can assess various non-verbal attributes you exhibit during a prescreening. Subtle signs like micro-facial expressions and blinking frequency are noticed and recorded to determine how well you may do in a role.

Many companies do not reveal that an AI-powered system may evaluate your video interview. Yet, most companies that employ video interviews are using some form of AI-backed software. Myinterview promises to reveal the personality behind the paper using predictions based on candidate responses in areas such as professionalism or reasoning. It may be more apparent when using a system like Hirevue, which has candidates record answers to structured, consistent, job-relevant questions without the presence of a recruiter or hiring manager.

Using robots and other forms of AI help to make the interview process more comfortable by increasing communication and applicant interaction at the early stages of the job interview cycle. AI-based tools allow a Company to interact with a volume of applicants that a Recruiter couldn't otherwise by responding to messages and answering questions. Robots can also take care of a lot of manual work that Recruiters do, such as scheduling interviews or sending assessments out, which frees them to spend time interacting with those interviewing.

A few years ago, EY launched "Goldie," an AI-powered chatbot. The bot has answered more than two million questions that were asked by employees all over the world. Because of Goldie's success, the company has decided to use AI in their recruiting process as well to help the HR department emphasize diversity and inclusiveness in its hiring process.

Citizens Bank uses an AI-powered career coach for its employees. The bot, named "Myca," suggests various jobs, training, and resources employees should seek out based on their career interests. This robot helps the company fill training gaps and match employees with open positions.

IBM uses the Watson Candidate Assistant for various human resource functions. This AI robot helps HR by inferring specific skill sets from candidates' resumes. Ultimately, this process helps candidates apply for positions that they otherwise may not have known existed. IBM also uses Watson Recruitment, which is a tool that assists with prioritizing resumes without considering personal information such as gender or age.

Problems with Bias and Discrimination

Ideal outlines the problem with bias this way, "AI for recruiting promises to reduce unconscious bias by ignoring information such as a candidate's age, gender, and race. However, AI finds patterns in previous behavior. That means that AI can learn any human bias that may already be in your recruiting process – even if it's unconscious –".

You will likely hear the term "black box" when discussing decision making with the use of AI technology. This term essentially means the system won't give you a reason for its decision, so it's almost impossible to understand why some candidates are accepted and others are not. Vendors need not disclose the decision-making criteria used for the tools. According to a SHRM article, "AI-Based Hiring Concerns Academics, Regulators," research found that technology vendors tended to favor obscurity over transparency how algorithmic bias is defined and addressed on their platforms.

Lack of Regulation and Law Enforcement

Employers will be held accountable for hiring bias when using these tools. As such, they will need to comply with the EEOC's regulations on using tests and assessments for hiring. "As companies turn to artificial intelligence for help making hiring and promotion decisions, contract negotiations between employers and vendors selling algorithms will be dominated by an untested legal question: Who's liable when a robot discriminates?" writes Chris Opfer in a post for Bloomberg Law.

Currently, there isn't much governmental regulation in this area beyond the EEOC guidance published in 1978. A blog on Recode touches on proposed new legislation stating, "The introduction of the Algorithmic Accountability Act in Congress in 2019 would grant the FTC authority to create regulations to check so-called "automated decision systems" for bias." Whether this proposal becomes law or not is yet determined but, I believe the adoption and use of these systems will force regulation of some kind.

States will likely take on enforcement before the federal government as Illinois has done with regulating video interview. On May 29, 2019, the Illinois House of Representatives passed the Artificial Intelligence Video Interview Act (AIVIA). The AIVIA has three requirements; 1) a jobseeker must be notified that AI will evaluate applicants, 2) companies must share how AI will evaluate them and 3) AIVIA limits access to who can view the video recording and, requires that videos deleted within one month of receiving a deletion request from the applicant.

AI permeates every aspect of the hiring process. The tasks AI tools and robots can take on free up recruiters, so they can spend more time working with people. There are inherent issues as the systems evolve, and regulation will be forthcoming. For now, as a candidate, you need to prepare yourself for dealing with automated systems at the first step of your job-seeking process.