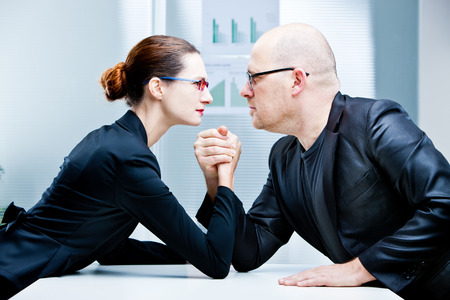 Men and Women are equals in the workplace

The 2016 U.S. presidential election represents a watershed moment in American history, as Hillary Clinton almost become the first woman elected to lead our nation. Despite this, women around the world still experience widespread inequality in the workplace, as evidenced by a British Parliament committee meeting this week in response to a petition brought by a UK temp worker who was sent home without pay for refusing to wear the two- to four-inch heels required by the dress code for her receptionist job.

Dress codes that require women to dress attractively (requiring makeup, proscribed jewelry, high heels, etc.) are a visible reminder of the challenges encountered by professional women on a daily basis. Menlo Partners interviewed a Silicon Valley educator about her experiences in the workforce and her thoughts about the future of gender equality.

What is your professional background?

I work as an elementary educator in the San Francisco Bay Area. I began working in 1994 and have held jobs in a variety of industries including beauty products, television and film production, body art, accounting, and education.

Politics aside, what does Hillary Clinton’s possible election mean to you personally?

It makes me sad that our country has not had a female president yet. Compared to other Western countries, we are very far behind in including women in national leadership. However, I am excited about what a Clinton victory would represent to girls growing up today. It would mean that “equal opportunity” is not just words, but a tangible reality.

What are your thoughts regarding high heels in the workplace?

I wore stilettos daily when I worked in New York City at the headquarters of a well-known television company. I was never formally required to wear them, but as an intern, I wanted to fit in and that was what the other women wore. I continued to wear them for a few years in similar jobs, but in other environments, I dressed more casually.

I did experience regular pain in my lower back when I wore heels daily, and once I injured myself bending to pull something out of the refrigerator while wearing heels. I was out of work for four days and on painkillers for about three weeks following that incident.

I still wear heels regularly at work and away from work. I think they are fun and I feel more confident in them. In my experience, wearing heels and dressing professionally projects an image of authority that results in being taken more seriously. I have noticed at school events that parents address comments to me more often than to my more casually dressed colleagues.

Having said that, footwear should be a choice for all women and there are very few positions in which there is a legitimate reason for women to be expected to wear heels. The only jobs I can think of where it might be reasonable to require high heels would be in the performing arts, as part of a costume, or in adult entertainment.

What are some of the biggest challenges you have encountered as a professional woman?

There have been many times where my abilities and knowledge were called into doubt because of my gender. I have felt a repeated need to have to prove to men that I know what I’m doing and that I’m good at my job. At the same time, I have also witnessed many occasions where women treat each other badly. In particular, women in positions of authority are ostracized and unsupported by the other women they work with.

In what ways has the situation improved?

I now see men standing up for women and speaking up when they aren’t treated fairly. This didn’t happen much 20 years ago. In a meeting with a male colleague and a student’s father recently, the parent addressed all his remarks to my colleague and did not even look at me. My colleague called him out on it and requested that he treat me with more respect.

What is another area in progress that has been made for women?

There are many more women in leadership roles in business, government, and the community. There is still a long way to go but the difference is evident. Additionally, there is now increased social acceptance for a woman to focus on her career goals. In the past, many women took low-level jobs until they got married, and then their families were the priority. Men were always free to follow a career path, but now women can do so as well.

If you could change any aspect of women’s treatment/experience in the workforce today, what would that be?

Let me preface my response by saying that most of my professional experience (elementary education and beauty products) has been in industries where the overwhelming majority of workers are women. So my perspective does not necessarily reflect the experience of other women who work in male-dominated environments.

I really wish that women would be more supportive of each other as individuals. I have seen many cases of women mistrusting, prematurely judging and being critical toward other women, particularly toward those in leadership roles. This is a terrible message to be sending to young girls. We tell them they can be whatever they want to be, but we model behavior in which women with significant professional accomplishments are punished for their success.

What advice would you give to a young woman entering the workforce now?

Millennial Women are on the right track. Don’t listen to society. Focus on what is really going to fulfill you. You can make anything a career as long as you love what you do!

Menlo Partners is Here to Help

What are your thoughts on gender equality in the workplace? What specific challenges have you, or women you know, encountered? Menlo Partners welcomes your comments and questions. Our expert staff of recruiting and placement specialists is available to assist you with any workforce or career-related concerns.