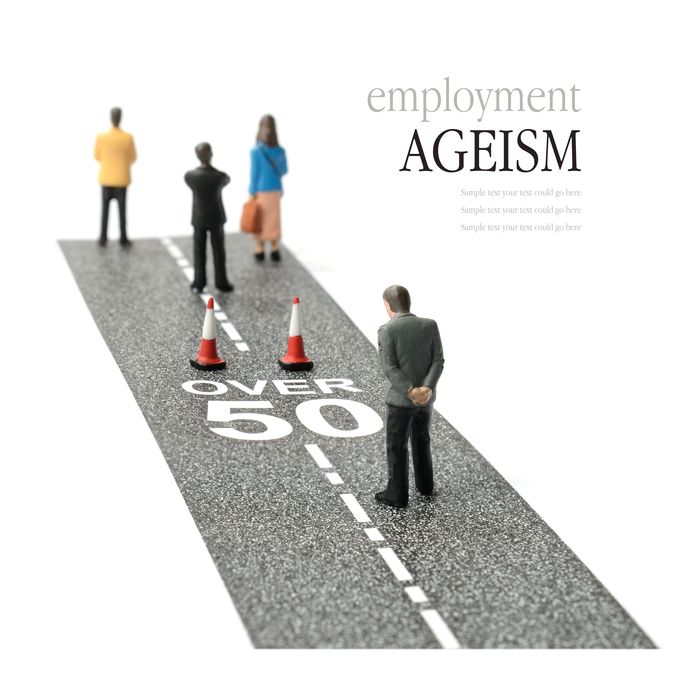 Ageism is alive in the tech culture of Silicon Valley. When most people think of tech professionals, they imagine young people commuting to the office on a razor scooter or playing ping pong. While this picture is not entirely accurate, try to imagine an older person doing the same thing.

If you’re having trouble, don’t worry. The fact is that many people over 40 are not finding work in the lucrative field of high technology. But is that by design or a fluke? Unfortunately, it seems that ageism is alive and well in Silicon Valley. Today we’re going to talk about how bad the problem is, and why it seems to be that way.

The State of Ageism in Tech

Although we may have a hard time picturing older people working in a high-tech office, what does the data say about it? Well, looking at the numbers, it’s not exactly pretty. According to a study by PayScale, more workers over the age of 40 are looking for work for more than three months when compared to their younger counterparts.

Yes, this trend extends beyond the tech industry, but it’s eight points higher when you look at these kinds of jobs. Across the board, about 34 percent of workers over 40 stay on the job hunt for more than three months. In the world of tech, it’s 41 percent.

There’s also more to this equation. California is subject to both the federal Age Discrimination in Employment Act (ADEA) and the Fair Employment and Housing Act (FEHA). According to these laws, workers over 40 constitute a protected group entitled to certain protections against ageism in the workplace.

According to the state, over 250 age discrimination charges have been filed against the Valley’s 150 largest tech companies since 2008, which signals that many of these workers feel mistreated, enough to sue former employers. When compared to lawsuits of discrimination based on race, ageism suits occur more than 28 percent more frequently in Silicon Valley.

This kind of culture permeates through the industry, and it can impact the way that workers over 40 feel about their futures, most importantly, job security. According to a survey by Dice, about 80 percent of tech employees over 40 say that they are concerned about their age and how it will affect their careers. Further stats from the survey found 68% of Baby Boomers say they have been discouraged from applying to jobs due to age and 40% of Generation X feel ageism is affecting their ability to earn a living.

Overall, this data points to a troubling yet glaringly obvious trend - being old in Silicon Valley (and other places with high-tech companies) isn’t good for workers.

The Disadvantage of Ageism

It’s easy to see how tech businesses are discriminating against workers, but to understand the scope of the problem more fully, we need to see how ageism is impacting the industry as a whole. CEOs may say that they have a reason why they neglect older workers (more on that later), but is it having a net positive or negative effect on the business? How is it affecting the workers? Let’s take a closer look.

One of the prevailing theories about why tech giants skew towards the younger crowd is that they are cheaper to employ and provide a much greater return on investment. On the surface, this makes a lot of sense.

Older workers are more likely to have higher bills, like mortgages, childcare, healthcare, and other expenses, which means that they want a job with significant benefits to cover those costs. Also, experienced employees can command a higher salary, and they are most likely looking to fill management and supervisory positions.

Young workers, on the other hand, can usually work longer hours, have fewer bills, and don’t have the resume to ask for a raise right away. Thus, tech companies will hire a bunch of young professionals, burn them out, and then make way for the next batch.

Unfortunately, this approach hurts innovation rather than helping it. Young people may come in with big ideas and enthusiasm, but that doesn’t necessarily lead to breakthroughs. According to a Harvard Business Review survey, companies that have greater diversity (including age, race, and gender) “had both 19 percent points higher innovation revenues and nine percentage points higher EBIT margins, on average.”

Overall, it makes economic sense to mix employees. Yes, older workers command more money, but they also provide more value. Having different age groups discuss ideas with each other can lead to more innovation and inspiration. If everyone is the same age, they can miss potential, thanks to the experience and expertise offered by older workers. They know what it takes to come up with and implement new ideas so that they can move the company forward for the long term.

Thanks to protective laws (like the FEHA and ADEA), if a company is found guilty of ageism, it can cost a lot, particularly if multiple workers pool their resources into a class-action lawsuit, like the one against Intel.

The tech giant said that it was restructuring itself, but when people looked at the data, they found that 23% of the workers getting laid off were over 49, which is seven years older than the median age of the company as a whole.

Although the investigation and lawsuit are still pending, if Intel is found guilty, it could be a substantial hit to the company’s bottom line, which could, in turn, lead to more layoffs and restructuring.

It should be pretty obvious how this trend can negatively impact employees, but let’s break things down. We already mentioned the fact that older workers have more bills to pay, but ageism can affect them in a few different ways.

If you were just let go from your tech job because of age bias, how easy do you think it will be to find a similar position in the same field?

We already mentioned that workers over 40 in the tech sector spend more than three months searching for work. Unfortunately, the longer the search lasts, the less desirable employees look to prospective employers.

Many tech companies aren’t even trying to recruit older professionals anyway. At the end of 2017, an investigation revealed that companies such as Amazon, Verizon, Goldman Sachs, UPS and other tech darlings like HubSpot were using age-specific job advertisements. The ads on Facebook, Google, and LinkedIn excluded viewing for those over 40. Recently, Facebook was sued by the Communications Workers of America for putting out ads that targeted young people only. Facebook defended it’s policies publicly, and LinkedIn reported that it was changing its tool to prevent age ranges in job ads, although clarified that it asks the employer to self certify that they won’t discriminate.

If 80 percent of tech professionals worry about how their age will impact their careers, how do you think that affects morale? Even if the data doesn’t support it at a specific company, the stress and unease of ageism can still hurt the employees as a whole.

Not only are older workers nervous about losing their jobs, but younger ones will be too. As they age, they will be nervous about long-term employment likelihood, which could cause employees to jump ship to avoid layoffs or “restructuring.”

Overall, when most of the workforce is worried about job security, it can weaken a company from the inside. Why put all of your best ideas and efforts in a job that may not value them? Why work harder if the company is going to cut you loose anyway? Not only does low morale impact the business’ bottom line, but the mental health of the workers, especially those over 50.

Why is Ageism Such a Problem?

Knowing that this issue exists and the effects it creates is only the first step toward correcting it. The next step is to understand why it happens in the first place. We’ve already covered the potential for cost-savings by hiring young, but here are a few of the leading theories on the proliferation of ageism in tech.

We’ve all heard stories of grandparents fumbling with newfangled technologies like the internet and cell phones. These stereotypes persist in the tech sector, meaning that employers believe that those of a certain age are incapable of adapting to new technology. Since technology is the basis for the business, it makes more sense to skew younger.

While there may be a little truth to that with the current crop of workers over 60, the fact is that as technology continues to permeate everyday life, there are whole generations raised on screens which will reach the 40 and 50-year mark. When that happens, are the stereotypes going to continue?

Another (ironically) old-fashioned narrative about older workers is that they are resistant to change. These people are more comfortable doing things they way have always done them.

Thus, having older workers around seems like a bad business idea. They aren’t going to “think outside the box” or come up with anything that isn’t what they’re used to, so how can they be innovative?

Bottom Line: Ageism is a Problem, and It Needs a Solution

Unfortunately, it doesn’t look like this issue is going to get resolved anytime soon. Tech companies love the idea of having a bunch of young, creative minds at the helm, and until older workers can shake off dismissive stereotypes and false narratives, they will be facing an uphill battle.

However, something needs to happen, particularly as the current “young” generation grows into the older generation’s shoes. The problems that stem from ageism are only going to worsen as the problem persists, and the effects can be both widespread and hard to pinpoint. Regardless, fighting ageism is a noble cause and worth supporting.

Do you have an example or personal story that relates to ageism in the Valley? If so, I would welcome your thoughts, stories and, examples.

What You Need To Know About Recruiting Robots Read More
How to Use Questions to Guide Conversations Read More
The Ugly Truth About Employee Turnover In Silicon Valley Read More
Bad Interviews: When the Interviewer Talks Too Much Read More